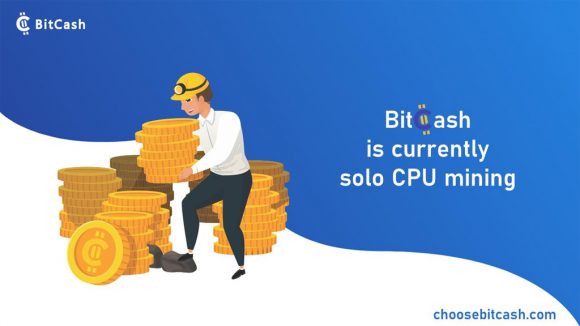 We have not talked about the BitCash (BITC) project for quite some time, but it just got our attention once more with its recent fork. BitCash has moved to the new X16Rv2 algorithm, however you will not be able to GPU mine it for the moment as the existing miner software does not support the specific header that BITC uses. So until there is official support from a GPU miner specifically for the BITC variant of X16Rv2 the coin can only be solo CPU mined via the wallet. This might be interesting for some miners out there that have decent CPUs sitting idle as this might be a good opportunity for you to stack up some coins before GPU mining becomes available again.

Update: BitCash will have another hard fork in a few days on 6 October 10:00 UTC to correct the problem with the mining. This hard fork will bring back the possibility of GPU mining. There is a new wallet version 0.17.20 already. Everybody needs to upgrade to the new version. After the new fork we should be able to use the T-Rex GPU again for X16Rv2 mining with GPUs.

– For more details about the BitCash (BITC) crypto project…