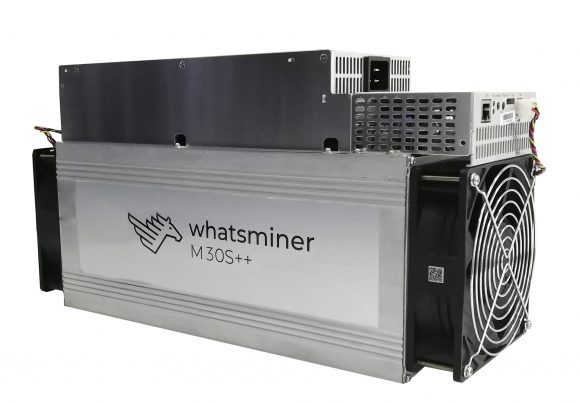 MicroBT has announced their latest Bitcoin ASIC miner models – WhatsMiner M30S+ capable of 100 THS and WhatsMiner M30S++ capable of 112 THS, bringing strong competition to the already announced earlier this year AntMiner S19 and s19 Pro from Bitmain as far as hashrate and power efficiency is concerned. The 100 THS WhatsMiner M30S+ is supposed to be offering 34 J/THS power ratio with 3400 Watts of power usage, while the higher priced and better in terms of hashrate ad efficiency model with 112 THS WhatsMiner M30S++ is rated at 31 J/THS with 3472 Watts of power usage. It is most definitely good to have competition in Bitcoin ASIC mining, as otherwise things are not good when a single entity has control over most of the mining hardware being offered on the market for sale, fortunately Bitmain has long lost their market domination and we have a decent level of competition.

Both new miners from MicroBT are listed on their website already and are supposedly shipping, but are already sold out. The M30S+ is priced at $2740 USD and the M30S++ is $3900 USD wit deliveries starting it two weeks for the first orders. These prices are higher than what Bitmain is selling their S19 lineup, however they currently are selling miners for June delivery, so it is normal for the price to get lower for pre-orders that can be delivered in more than a month or even two from now. Do not forget that in less than a month there will be a Bitcoin halving meaning that by the time you get these miners delivered their efficiency in terms of Bitcoin mining will most likely be the half of what they are currently capable of mining.